This is Why China Sucks: 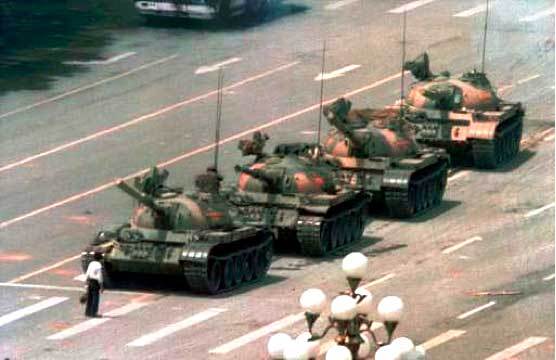 China is one of those countries in the world where human rights violations are still at a very high level. In fact, the abuses start right from the government itself. Everyone is affected because these violations are committed towards the minority groups, Christians, prisoners, activists and many more. There is no solution to this problem yet because the Chinese government will not listen to anyone’s opinion and has complete political control over the country’s legal system. In addition to this, the human rights defenders in China face a lot of harassment, house arrest, and imprisonment. The rate of human rights violations have been noted with a lot of concern by various international organizations such as Human Rights Watch and Amnesty International.

Limited freedom of Association and Assembly in China

Despite the fact that the freedom of association and assembly are guaranteed in the Chinese constitution, there are regulations put in place that limit this freedom. The authorities have the right to deny any applications to hold demonstrations or any such public gatherings. In China, any organization that is not registered is illegal. The most targeted for suppression are the unofficial labor organizations and groups. This makes it difficult for people to be sensitized on their rights hence the violation continues. In 1993, new regulations were promulgated, which give state security officials excess powers that violate human rights. There are several repressive measures in place that threaten legal means left to ensure human rights are observed.

Restricted freedom of speech in China

The 1982 Constitution of the People’s Republic of China guarantees freedom of expression but calls for upholding of four main principles. The principles include Chinese Communist Party’s (CCP) socialism, leadership, dictatorship, and Marxism. These controls make it very difficult for the citizens to have freedom of speech. In addition to this, the government interferes with the media. This is so serious that publishers, journalists, and editors ensure that the information given to the public conforms to guidelines set by government. Any media house in China must ensure that their news coverage portrays the government in good light. Contact between foreign news media is restricted too.

There are only four religions that are recognized by the state, and they include Christianity, Buddhism, Islam, and Taoism. People who worship in public, without the government’s consent have ended up being arrested, detained, fined or monitored by the police. At times, these people could even be tortured. The police have on several occasions confiscated church property and other religious literature. Parents are not allowed to expose children below 18 years old to religion. In addition to this, it is prohibited for anyone to establish religious schools or carry out missionary activities. Anybody who visits China may only bring religious materials to the country for his own use.

Even though China is a party to 1988s UN Convention against Torture, it has not made it any better for prisoners in China. Evidence of torture and several death cases have been reported in the country, which the state has either denied or refused to take any action. There is beating, poor hygiene, and insufficient food in most detention centers. Worst of all is that this kind of treatment is given to both ordinary prisoners and political detainees. Some of the methods that guards use include rubber truncheons, beating using electric batons, long periods of handcuffs and leg irons, which are usually tightened. Sometimes prisoners are subjected starvation and the withholding of food and water.

In China, there are very few measures put in place to ensure that fair trials take place. The CCP political-legal committees control every level of the judiciary. These committees have the power to decide on cases, even before hearing the evidence presented during trial. Many legal scholars have condemned this because the chances of detainees receiving fair hearings are unlikely. The Criminal Procedure Law in China requires that detainees must have access to legal counsel at least 7 days before their hearing. This is rarely observed and in addition to this, prisoners are not allowed to call witnesses or even question any witness against them.

This is among the worst forms of human rights violation in China. The Chinese constitution itself demands that couples must practice family planning. The government does this with an aim of controlling population but this is not right. China is known for the ‘one child per couple’ policy. There are several measures put in place to ensure that couples comply with this. If you fail to comply, you might face punishment, fine, salary cut, and confiscation of property. The methods used to ensure couples comply include forced use of contraceptives and forced abortion if a woman is pregnant and already has a child. Besides, children considered to be ‘out of plan’ are not given residence cards. Denial of these cards means that they will not access education and other state benefits.

So this makes our point: China Sucks! This site is more of an educational type. We aim to bring general information of China’s misdeeds into focus.