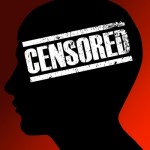 While nearly 400 million residents of China have internet access, only a portion of what the World Wide Web has to offer is available to online users.

Why? Because the Chinese government has decided that it should control what’s available, and more importantly, what isn’t available in their country. This blatant censorship has been called China’s Great Firewall, and has been met with serious criticism.

The Ministry of Industry and Information Technology doesn’t merely ban certain websites, instead using a filtering system that detects certain words and phrases that they have deemed ‘sensitive’. If a user searches for one of these terms, like “Tiananmen Incident’ for example, the software severs the internet connection so the results cannot be returned.

As more Chinese citizens are gaining internet access, the Chinese MIIT is simply finding new ways to block content. Back in 2010 the government ordered that their Green Dam filtering software be installed on all computers sold in the country. The plan was aborted after a global protest put it in the spotlight.

I was disgusted to learn that the Chinese government is not alone in their censorship crusade. Apple, Google, Yahoo and Microsoft have both blocked content both in and out of the country that China deems offensive to maintain business relationships with them.

What Is Censored in China?

While the use of proxies to mask real IP addresses can fool the censorship filters, it’s becoming increasingly difficult to even access them from inside the country.

Google stopped censoring its Chinese search engine in early 2011 in the wake of allegations of an attempted hack to access the Gmail accounts of human rights protesters.

US Response to China’s Internet Censorship

Prior to the incident between China and Google, President Obama discussed internet censorship in a speech to students in Shanghai:

“I think that the more freely information flows, the stronger the society becomes because then citizens of countries around the world can hold their own governments accountable” said Obama. “They can begin to think for themselves.”

Obama’s comments were, of course, censored from the live broadcast on a local channel.

In the wake of Google’s rift with China, Hillary Clinton addressed the issue of censorship as it relates to internet freedom, borrowing from Cold War terminology to address the issue:

“A new information curtain is descending across much of the world.”

Internet censorship is just one more thing to add to the list of China’s egregious human rights violations. They continue a relentless effort to control their citizens by promoting propaganda and doing everything in their power to keep them uninformed and obedient. Frankly, this would be an embarrassment in any time period; here in 2012 it’s just unspeakable.

Those who oppose China’s anachronistic ideology and propagandist measures have a steep hill to climb, but one that surely must be scaled.