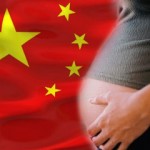 The story of human rights activist, Chen Guangcheng, includes his outspoken efforts against forced abortion in China. The Communist party in China has had a long history with forced abortions since the 1980’s and up until the present day. In 2005, Guangcheng witnessed thousands of women being deported from the northern province of Shandung. His outrage landed him in prison where many Chinese dissidents have met their death.

From then on Guangcheng made it his mission to document the lives and atrocities committed against these women. Alone he documented over 7,000 cases of victimized women who were forced to abort their unborn babies.

The Chinese one child policy has frequently been criticized, but few people outside of China know the implications of the policy. It isn’t just the lack of freedom to raise as many children as you wish, but it includes forced abortions, kidnapping, and violence.

Many of the women who do not willingly abort their children are forced to do so by Communist officials and then sterilized to make sure it never happens again. Yeqing Ji, a woman from Shanghai, China, will never be able to have babies again because the forced abortions have made her uterus sterile. This is one of the many stories told during the several congressional hearings about human rights in China.

Thankfully, there are many in the United States that support Guangcheng and the rights of women throughout China. Many activists have pressured policy-makers and politicians in order to get answers from the Chinese government. The activists have had some measure of success. A recent U.S. Congressional Executive Commission on China released a report saying that “in areas of human rights and rule of law this year, China’s leaders have grown more assertive in their violations of rights, disregarding the very laws and international standards that they claim to uphold…” Finally, some American policy makers are openly reacting to the violence that has plagued China, and women in particular, for decades.

Activists and aid workers have known this for years, however. Human Rights Watch has had a close eye on the forced abortion in China for many years, but never had the platform to change the system. In fact, according to Sophie Richardson, the China Director of Human Rights Watch, 2011 was actually one of the worst years for these atrocities. The Chinese government has become more brazen in their disregard for international law and basic human rights due to the inactivity of global leaders.

Get Active and Change the World

There is a way that you can end forced abortions in China. Get out in the streets and protest these atrocities with signs and let the world know what is happening. Create a blog, update your Facebook status, or Tweet a message. Do whatever you have to do to bring awareness to the millions of Chinese women who are subjected to this violence every year. This is the only way to change the way world leaders perceive the Chinese actions.